Home » Blog » What Parents Need to Know About Minecraft

Originally released more than a decade ago, Mojang Studio’s Minecraft has grown into one of the most recognizable video game franchises in the world, played by millions of people in every country and territory including Antarctica and Vatican City. The open-world sandbox game is filled with the kind of exploration, creation, and community that appeal to adults and children alike.

Furthermore, Minecraft launched hundreds of streaming careers and content creators’ channels, making it one of the most watched games of all time on streaming platforms. In fact, Minecraft videos have been streamed more than 1 trillion times on YouTube alone!

Odds are you’ve been hearing about Minecraft for quite some time. Maybe you’ve learned a lot about it through your kids, or maybe you’re just getting acquainted with it now. Either way, if you’re wondering about what more you need to know about the risks and rewards of your child playing Minecraft, read on.

At its core, Minecraft is a game where players place blocks and go on adventures. This includes anything from crafting simple items like containers or weapons, to building structures like houses, castles, and cities, or even making complex mechanical-devices, all within the game’s world. Think of it like an endless world of complex LEGOs that allows players to imagine, design, and create anything they dream up.

Survival mode is almost like a campaign, where players must forage for food and fend off incoming enemies with various weapons such as swords or pickaxes. Players have to be resourceful when exploring their environment, as they could be attacked by mobs of threatening creatures (such as the iconic Creeper).

In creative mode, players can fly and have access to an unlimited amount of in-game resources.

The ultimate goal is to use materials to build equipment and structures like houses or gardens to stay safe from the elements. Unlike many similar games, the path to victory is entirely up to the player. The open-world structure invites many different playstyles and encourages experimentation and exploration when dealing with the crafting mechanic. For those that want a structured challenge, the Ender Dragon is the main threat within this mode, and players can try and vanquish it, though it’s not an easy task!

Creative mode offers a more open-ended experience, where players do not have to worry about hunger, health, or being attacked by enemies. In creative mode, players can fly and have access to an unlimited amount of in-game resources. With a full arsenal of materials to use, players create and explore to their heart’s content. Some players opt to create simple structures, while others create vast works of art and engineering. The possibilities are endless!

Is Minecraft Appropriate for Kids?

Minecraft is rated E10+ (Everyone 10+) with a Content Descriptor for Fantasy Violence. It also has Interactive Elements for Users Interact (meaning players can communicate online if they choose) and In-Game Purchases (meaning the game offers the ability to exchange real-world currency for in-game currency or items).

Minecraft does not have violent or gory content in-game. Enemies and other creatures will simply vanish when defeated, and while players can kill non-threatening animals for food sources, these displays are not glorified. Materials like pickaxes and dynamite are used to explode terrain and enemies, but these are blocky and cartoony in nature. In survival mode, players can perish from starvation, burning, drowning, falling, or being attacked by hostile creatures, among other fates; however, these aren’t shown, and players can simply respawn after succumbing to the elements.

Players can also join private servers that are set up by independent members of the community and are not controlled or moderated by Mojang Studios. Servers may host some users with whom parents may not be familiar. Players can “block” or “mute” other players who bother them. Many servers are set up by default to censor profanity in text chat; however, some servers – which is an individual player’s “world” – are set up by their host to allow more explicit or objectionable content subject to the specific community guidelines they establish. Voice chat is not available in the game,  but players can use other platforms like Discord to chat while playing.

Parents can also create their own private server for their child called a Minecraft Realm.

Parents should monitor which servers their children are participating in to determine if the user base is appropriate. You can also create a private server for your kids called a Minecraft Realm,  which allows you to individually approve or deny who is permitted to enter.  Microsoft parental controls also enable parents to set up a child account to manage online communications, not just in Minecraft but in other Windows PC and Xbox games.

You may notice that there are two different versions: Minecraft Java Edition and Minecraft Bedrock Edition. The major difference between these two are the platforms on which they are available. Java Edition is available on PC, Mac, and Linux computers, whereas Bedrock is available on Windows 10 and 11, Xbox One, Xbox Series S and X, PlayStation 4 and 5, Nintendo Switch, Fire OS/TV, Android, iOS, Windows Mobile, and Samsung Gear VR. Players using the Java Edition cannot play with players using the Bedrock Edition, so if your child plays Minecraft on a PC and wants to play with their friends online, it would be important to find out which version their friends use.

There are a number of other differences between the two versions, including how players access user-created “mods” or downloadable content like skins and maps for the game. In the Bedrock Edition, mods are curated and only accessible in the Minecraft Marketplace, which means the quality will likely be more limited but consistent. The Bedrock Edition enables cross-play across a much broader variety of platforms, whereas the Java Edition is limited to playing with other PC users. You can find more on the differences between Minecraft Java Edition and Minecraft Bedrock Edition here and here.

How Much Does Minecraft Cost?

Minecraft is available for almost every modern console, smartphone, tablet, and computer, but the price of the game differs depending upon the platforms your kids use.

Regardless of the version, “Minecoins” (Minecraft’s in-game currency) can be used to purchase add-ons and skins in the Minecraft Marketplace. Note that any add-ons are completely optional, and the game is playable without needing to make any additional purchases. Minecoins aren’t available for purchase on all platforms, so it may not even be applicable in your home. You can find more about where Minecoins are available here.

Minecraft also has a special version created specifically to facilitate learning in a fun and engaging way. Minecraft: Education Edition is built to help kids learn things like collaboration, creative problem-solving, STEM skills, and more! It’s available for free for anyone with an Office 365 Education account. If you (or your kids’ school) aren’t eligible you can still try Education Edition with a free Hour of Code. 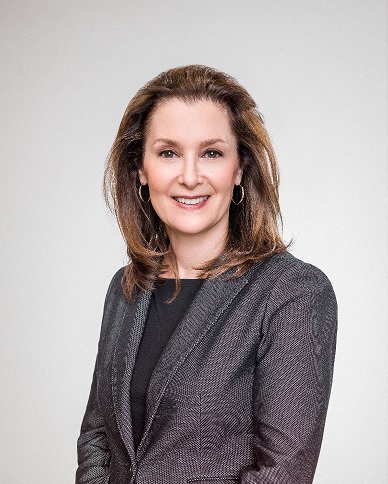 What Parents Need to Know About Among Us

What Parents Need to Know About Discord