ESRB ratings provide information about what’s in a video game or app so parents can make informed choices about which are right for their family. 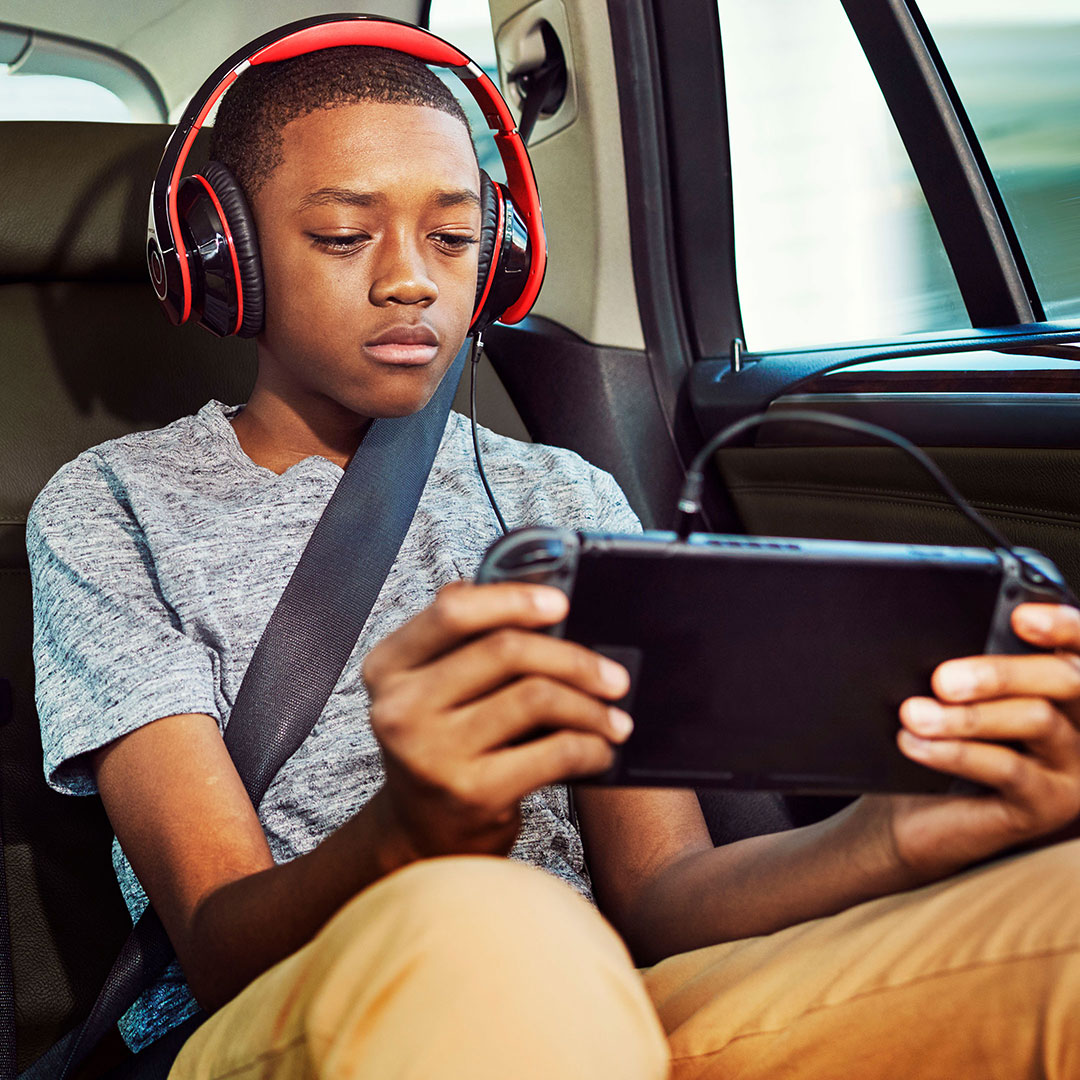 Learn more about how we examine the content of a game and the context in which it’s presented to assign ratings for physical video games and digital games and apps. 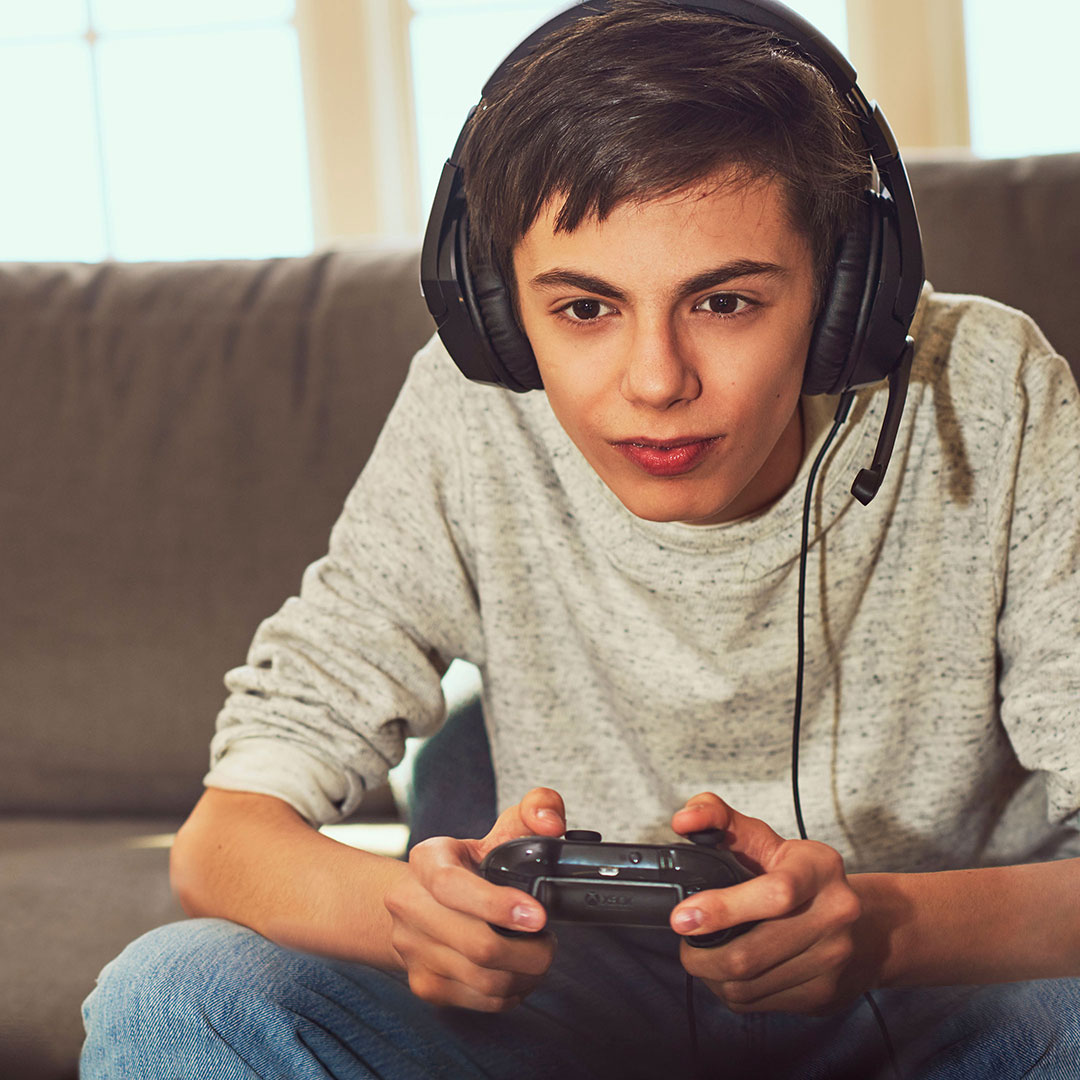 Where to Find Ratings

Make sure you know where to look to find ESRB rating information, no matter where you buy or download video games and apps.

The Control Is In Your Hands

It’s never been easier to manage the video games your kids play, with whom, for how long, and how much money (if any) they can spend. Parental controls are available on virtually all game devices to help ensure positive video game experiences for your kids, even when you’re not around. How was the rating system created?

The ESRB rating system was founded by the video game industry in 1994 after consulting a wide range of child development and academic experts, analyzing other rating systems, and conducting nationwide research with parents. ESRB found that parents wanted a rating system that has both age-based categories and concise and impartial information regarding content. With this philosophy in mind, today the ESRB administers a three-part system that includes Rating Categories, Content Descriptors, and Interactive Elements.

Does ESRB rate only physical games, or does it rate mobile and online games too?

Since 1994, the ESRB rating system has established itself as a familiar, reliable means for parents to gauge the suitability of video games for their children. Although consumers may be more familiar with ESRB ratings on physical (boxed) games, increasingly ESRB ratings can be found for apps, VR, and online games.

The ESRB is one of the founding rating authorities of the International Age Rating Coalition (IARC), which administers a streamlined process for assigning age and content ratings to digitally delivered games and mobile apps. The Microsoft Store for Windows and Xbox, the Nintendo eShop, the PlayStation Store, the Google Play Store, Google Stadia, and the Oculus Store are among the digital storefronts that have deployed the IARC rating system, which facilitates the display of ESRB ratings on devices in North America.

LEARN MORE ABOUT WHERE TO FIND RATINGS

Are all games required to have a rating?

The rating system is voluntary, however all console manufacturers as well as certain U.S. retailers and mobile or online storefronts require ESRB ratings for the games or apps they offer.

Does the ESRB have any restrictions on how a game can be marketed?

Publishers of physical (boxed) games carrying an ESRB rating are contractually bound to follow the industry-adopted Principles and Guidelines for Responsible Advertising Practices, including requirements addressing how rating information must be displayed on game packaging and in advertising. There are also certain restrictions on where ads for Mature-rated games may appear. The ESRB’s Advertising Review Council (ARC) diligently monitors industry compliance, and if a game publisher is found to have inappropriately labeled or advertised a product, the ESRB is empowered to compel corrective actions and impose a wide range of sanctions, including monetary fines.

Publishers of digitally delivered games and apps are strongly encouraged to provide consumers with clear and prominent disclosure of ESRB rating information as well as comply with the ESRB advertising and marketing guidelines.

65% of the ESRB ratings assigned to physical and console downloadable video games in 2020 were either E (Everyone) or E10+ (Everyone 10+).

84% of parents who purchase physical video games for their children are aware of ESRB ratings and 75% regularly check them before buying a game. (Source: Hart Research Associates, 2021)

Most parents consider each part (Rating Category, Content Descriptors, Interactive Elements) of the ESRB rating system to be either “very” or “extremely” important when deciding if a game or app is appropriate for their kids. (Source: Hart Research Associates, 2021)

Industry guidelines, which are enforced by the ESRB, prohibit the inappropriate target marketing of Mature-rated games.

ESRB has an enforcement system which allows for the imposition of sanctions, fines (including fines up to $1 million), and corrective actions on publishers for non-compliance with its guidelines.

According to the U.S. Federal Trade Commission 87% of kids under the age of 17 are turned away when trying to buy an M-rated game at retail.

The late U.S. Supreme Court Justice Antonin Scalia wrote: “This [ESRB rating] system does much to ensure that minors cannot purchase seriously violent games on their own, and that parents who care about the matter can readily evaluate the games their children bring home.”

The E (Everyone) rating was originally called K-A (Kids to Adults) but was changed in 1998.

The ESRB rating system has three parts – Rating Categories, Content Descriptors and Interactive Elements, the latter of which were introduced in 2013.

Introduced in 2008, Rating Summaries provide greater detail about the content in physical games rated by the ESRB, and are exclusively available on this website or the ESRB mobile app by conducting a title search.

The FTC considers the ESRB to have “the strongest self-regulatory code” among media rating systems in the U.S. and has confirmed that retailers maintain a high store policy compliance rate.

Founded in 2013 by many of the world’s leading video game rating authorities, the International Age Rating Coalition (IARC) administers the first globally streamlined age classification process for digital games and mobile apps that respects the unique cultural norms of each region.

In 1999 ESRB Privacy Online (now called ESRB Privacy Certified) launched its certification program and was sanctioned by the FTC as a “Safe Harbor” under Children’s Online Privacy Protection Act (COPPA).

More than 70% of parents would be more comfortable allowing their children to download and play a game certified by ESRB Privacy Certified (Source: Hart Research Associates, 2018).

It’s never too late to have “the conversation” with your kids about what, when, and how they can play!

The average gamer is 33 years old.

Keep up to date!

Sign up for email alerts and the latest news from ESRB.