If you’re a parent of a school-age child, you’ve definitely heard about Fortnite. From dedicated gaming devices to smartphones and tablets, Fortnite’s fun gameplay and accessibility cemented its popularity among gamers of all ages. But as a parent, you may be wondering what you need to know about Fortnite and similar “battle royale” games, particularly their suitability for your children.

Fortnite is rated T for Teen by the ESRB for Violence. The game’s rating information also includes a notice about the existence of player-to-player interactions, which in some cases could include inappropriate language.

Fortnite can be enjoyed alone, but the real draw for most is the online multiplayer Battle Royale mode. In each match, 100 players are dropped into a map with the sole mission of being the last player standing. Gamers take out other players by gathering items, including guns and other weapons, and they defend themselves by building structures on the fly. When only one player is left, they earn the coveted “Victory Royale.” The depictions of guns and violence are cartoon-like and there’s no blood or gore. The game comes across as whimsical and even absurd at times. Most competitions last approximately 20 minutes, but because it’s a free-for-all, player experiences can be as short as a few seconds.

More than 350 million people across the world play Fortnite. As with many online multiplayer games, most Fortnite players choose to communicate with each other. Chat (both text and audio) can help your kids strategize with their teammates, which can consist of friends or strangers. With so many playing the game, your child may encounter players who may not set the greatest examples in terms of sportsmanship. This presents a good opportunity to talk with your child about online safety, what kind of behavior is appropriate, and what’s over the line.

Another free mode, Creative, lets players design their own Fortnite games and experiences that they can share with friends and others online. A third mode called Save the World lets players team up with friends to battle an onslaught of monster hordes.

Where Can You Find Fortnite?

The game is available for download on multiple gaming platforms: PC, PlayStation 4, PlayStation 5, Xbox Series X/S, Xbox One and Nintendo Switch. For Android users, it’s available in the Samsung Galaxy Store on Samsung Galaxy devices, or from the Epic Games App on all other Android devices. As of this writing, the game is only playable on iOS devices if it has already been downloaded. In many cases the game even allows players on one device to play with friends and other players using a different one. This is referred to as “cross-platform” playability, a feature unusual in the world of gaming.

More than 350 million people across the world play Fortnite.

How Much Does it Cost?

Anyone can access Fortnite for free. However, the game has its own in-game currency – called V-Bucks – that can be bought with real money (1000 V-Bucks costs $7.99). Players can use V-Bucks to buy in-game items like clothing, equipment or even dance moves to customize their character. They can also buy a Battle Pass using 950 V-Bucks, adding an extra layer of unlockable gadgets and bonuses for each gameplay “season,” which typically lasts for about 10 weeks. A Fortnite Crew subscription of $11.99 a month will get players a monthly bonus of 1,000 V-Bucks, the most recent Battle Pass and exclusive outfits.

For the record, buying V-Bucks is not required to enjoy Fortnite, as they don’t provide any competitive advantage. Players are not penalized for sticking with the free option. On top of that, players can also earn V-Bucks by completing in-game tasks, making additional purchases entirely optional.

While Battle Royale and Creative is free-to-play, Save the World costs $15.99 to access.

You can take numerous steps to manage how and with whom your child plays all video games. Regardless of the game, you can consult ParentalTools.org to review the parental controls available for your devices.

You can also find a set of parental controls within Fortnite itself. These allow you to toggle on/off features like accepting friend requests, allowing people outside your squad to see your name, and in-game voice and text chat. You can even have the game send a weekly playtime report right to your email inbox.

While Battle Royale and Creative is free-to-play, Save the World costs $15.99 to access.

All gaming platforms also include parental controls, which you can activate to manage what games your kids play, with whom, for how long, and whether they can spend money on in-game purchases.  Some devices even let you set spending allowances or allot time parameters for every day of the week. You may also decide not to allow your kids to use a headset, and instead set the audio to play through the TV or monitor. Of course, you can also just turn off the chat entirely, but that can diminish the fun. Both iOS and Android mobile devices also offer effective tools for parents, like Apple’s Screen Time and Google’s Family Link.

Fortnite’s player base seems to grow with every new season. You may wonder how a game can gain such broad popularity, but Fortnite’s strategy and depth make it compelling. Meanwhile, its exuberant schoolyard simplicity makes it easy for players of all ages to pick up and enjoy, regardless of a player’s skill. 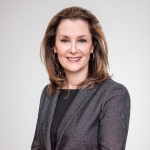