Home » Blog » What Parents Need to Know About Discord

What Parents Need to Know About Discord

More than 150 million people use Discord each month, and if you’re a parent chances are your kids are among them. Discord’s explosive popularity thus far has been fueled primarily by teens and young adults who flock to its platform to connect while playing games, do homework together, hold club meetings, sing karaoke, or just hang out.

Tyler Jones, who began using Discord when he was 15, sums up the platform’s appeal to teens and young adults this way: “It’s fast, it’s reliable, it’s easy to use, and it offers so many features, like video calling, screen sharing and presenting, and customizations, that other sites don’t have for free.”

More than anything, Discord helps facilitate socialization among peers, especially in times when it’d be otherwise impossible to do so in-person.

“I’ve known a lot of young adults my age struggle socially, especially in a time like now, and have found Discord as a comforting place to make friends and keep up with them,” Jones said.

If you’re intrigued about Discord, the following will help you learn the basics about Discord, including how you can make sure your kids stay safe while navigating the platform.

Discord is a free communications platform that lets users text, talk, video chat, and share screens with one another. It was initially used largely by gamers, but it’s since spread to other groups thanks to its ease-of-use and wide variety of useful functions, including to host book clubs, knitting groups, sewing circles, and all manner of gatherings, both personal and professional.

How is Discord Different from Other Social Media Platforms?

One of Discord’s biggest differentiators is that it has no ads. Discord also says it does not sell user data or share its data with third parties for advertising purposes, although it does offer a subscription that offers users various enhancements to the Discord experience.  And unlike many social media platforms, there’s no news feed.

More than anything, Discord helps facilitate socialization among peers, especially in times when it’d be otherwise impossible to do so in-person.

Users can also engage with either public or private spaces. As implied by the name, the public servers (communities organized around a specific topic or group) are accessible to anyone, meaning whatever your kids post can be seen by anyone that happens across that space. Meanwhile, private servers are only accessible to approved users, giving your kids the opportunity to set up their own servers for people they know, or joining their friends’ servers.

Discord can be tricky for the uninitiated. Thankfully, there’s a glossary, as well as numerous beginner’s guides, including an official guide from Discord, an unofficial guide from PCWorld, and a manual put together by M.I.T. students on how to use Discord to collaborate with classmates on projects.

Can Children Use Discord?

Discord’s Terms of Service states that only users who are 13 years or older may use its service in the U.S. That said, there are children under 13 who use Discord. The company has said it is developing a “gate” that asks users to self-report their date of birth upon creating an account. If a user is reported as being under 13, Discord will lock the user out of their account until they can verify their age with an official ID.

Make sure your kids know to never lie about their age on Discord or any other platform!

Can Strangers Interact With My Children on Discord?

It depends on your child’s account settings. When your kids join a server, others in that server can send them direct messages. You can, however, disable this feature in the account settings under the Privacy & Safety tab (see more details below). You can also select who can send your child a friend request, for example, you can choose everyone, friends of friends, or only other server members.

Make sure your kids know to never lie about their age on any platform!

Discord recommends that users accept friend invites only from people they know. Keep in mind that users do not have to use their real names on Discord, so it may take one extra step to confirm who’s sending an invite. There’s also an option to scan messages and delete those that have explicit content. Should your kids ever encounter someone behaving inappropriately, Discord allows you to block the person in question, which prevents them from sending your kids direct messages and hides their messages in any shared servers. Finally, you can also create an invite-only server and invite only people you or your children know personally.

As with any social media platform with user-generated and contributed content, Discord can contain content that’s inappropriate for kids. The platform’s community guidelines require that servers with adult content include an “age-restricted” label.

More recently, Discord has updated its community guidelines to also prohibit harmful misinformation and in some cases examine off-platform behavior when assessing if a user has violated the guidelines. According to Discord, this is part of an ongoing effort to make sure the platform stays safe for its users.

It’s great when companies and platforms take steps to ensure the safety of their users, but there’s no substitute for having a conversation with your kids about what to do when they spot inappropriate content. You can do this not only when they use Discord, but when they interact with other social media platforms as well.

Discord provides training materials for its users on how to moderate communities, while also spending resources to monitor and enforce compliance with its guidelines across the platform. In fact, every six months, it releases a Transparency Report highlighting how many users were reported for community guidelines violations, why the reports were submitted (harassment, spam, cybercrime, graphic content, etc.), the actions taken by the trust and safety team, and more.

Discord provides training materials for its users on how to moderate communities, while also spending resources to monitor and enforce compliance with its guidelines across the platform. In fact, every six months, it releases a Transparency Report highlighting how many users were reported for community guidelines violations, why the reports were submitted (harassment, spam, cybercrime, graphic content, etc.), the actions taken by the trust and safety team, and more.

How Can I Help Ensure My Kids Use Discord Safely?

As mentioned above, Discord has safety and privacy settings, It’s important to remember that anyone with access to a Discord account login can change the settings at any time, including your kids. However, Discord emphasizes in its safety FAQ that it will not share user login details with parents who request access to their kids’ accounts. So, you’ll have to get access from your kids directly. What Else Can Parents Do to Monitor What Their Kids Are Doing on Discord?

As with all social media and online game platforms, parents should nurture an ongoing, open conversation with each of their kids about their use of those platforms. Showing interest by regularly checking in and asking them to share what they’re doing on Discord in a non-judgmental way is a not only a great way to understand how the platform works and how your kids are using it, but also ascertain any potential risks. 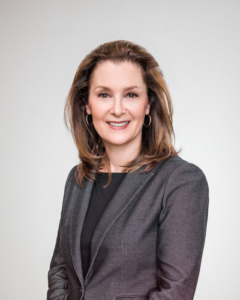 What Parents Need to Know About Multiplayer Video Games

Parents Level Up on Monitoring Their Kids’ Video Games